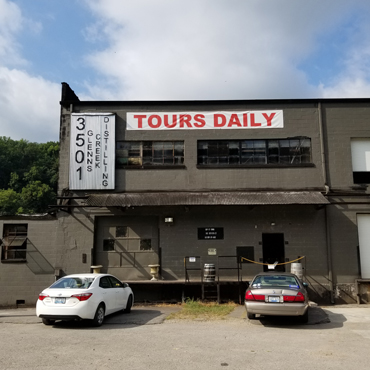 What exactly is a “Craft” distillery or spirit?? Or substitute “Artisanal” for the word “Craft”? The answer to the question most likely depends upon whom you posed that question to? Consumers, distillers, and retailers may very well reveal a plethora of answers. With no regulated definition, it becomes subject to one’s own interpretation, and definition. The same holds true for a distillery who carries those taglines. Let’s look at a few definitions from a couple of organizations.

The American Distilling Institute provides us with this:

The products of an independently-owned distillery with maximum annual sales of 100,000 proof gallons where the product is PHYSICALLY distilled and bottled on-site.

The Kentucky Distillers’ Association, who traces its roots back to 1880, when 32 distillers met at the Galt House in Louisville and organized to protect our signature spirit from “needless and obstructive laws and regulations”, recently introduced its 26th Craft-level member, aging less than 10,000 barrels a year.
What they all have in common is a numerically defined production limitation, which I feel is an attempt to limit the big distillers from using that term. One looks for transparency, and another clearly defines where the production takes place. I cannot help but feel that if they combined their definitions we would be onto something. Personally, I do not think the size of the distillery should have anything to do with the use of the words craft or artisanal, and that the word “Craft” gets used loosely whether attached to Distillery or Spirit, and that there should be a universally defined definition. Shouldn’t a “Craft” Spirit be more than just a production or volume number??

When recently asked what the tag Craft or Artisan Distiller meant to him, Alan Bishop, Master Distiller with the Spirits of French Lick had this to say, “The problem with the words Craft or Artisan in the Distilling world is that they have no definition.  We all inherently know what the words connote, particularly in other industries, this is what makes distillers who stretch the truth or flat out lie so troubling.  The art is defined by dedication and involvement in every stage from fermentation and distillation, maturation, blending skills, and bottling.  The issue is that the worst offenders are often in charge of the best marketing teams and they understand “Craft Rectifier” doesn’t sound near as sexy as “Craft Distiller”.

Consider the product list from an artisanal distillery in Indiana, who’s only rule is “Respect the Grain”. In addition to the standard bourbon, rye, gin and vodka that seems to be the norm, they also have a phenomenal Aquavit that took Double Gold in Denver this year, a Maple Syrup Barrel Rested Aquavit, Blackberry Eau-De-Vie, which is an unaged Brandy, and a Son Rojo Catawba Brandy. Coming soon will be a New American Oak rested Absinthe and an Old Clifty Apple Brandy.

And there’s no telling what else this distillery may have cooking in the wings. This type of diversity is what comes to my mind when I hear “Craft” or “Artisanal” spirits or distillery, and is a testament to the Master Distiller’s expertise, skill, craftsmanship, thinking outside the box, and staying from the norm, while still respecting tradition and history. And while I understand that not every owner will allow the freedom and creativity, or hands-on approach that the owners of this distillery do, I feel that too many of these distilleries lack that diversity and creativity to call themselves “Craft” or “Artisanal”, and the industry can use a well thought out definition that is not left open to interpretation, and represents more than just a production number.

Back in January 2019, the Whisky Magazine named a producer Global Craft Producer of the Year. At that time, the producer had two products on the shelf, and another being released later in the year. Just to be clear, I am NOT calling out Whisky Magazine, or this Producer, but am asking the readers to think about their own definitions of “Craft” or “Artisanal” Distillery or Spirit, and if the industry would not benefit from a universally defined one?