Hey, can you tell me who makes this Whiskey? 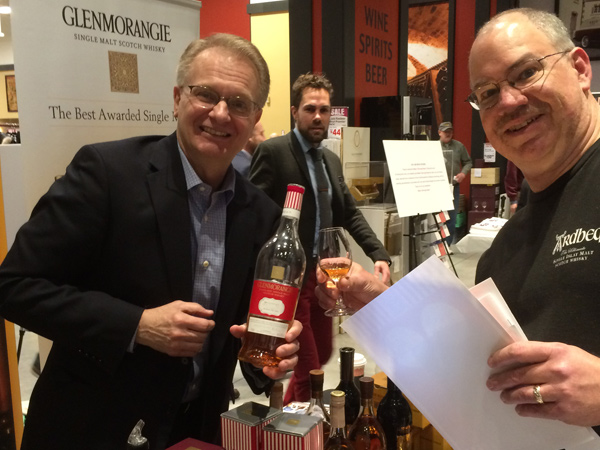 Hey, can you tell me who makes this Whiskey?

If you work for a major retailer who carries a large selection of Bourbon or American Whiskey, chances are you’ve been asked that question. It’s a good question, and one that raises even more questions, with few answers, other than an educated guess or two. Sourcing – when a brand buys its whiskey elsewhere and sells the “juice” under its own name, has been attracting more attention, and controversy, over the past few years due to the increased number of “limited” and “allocated” whiskies hitting shelves, collections, and secondary market sites without a clear identity of just who is making these whiskies. More and more consumers want more transparency on labels, and this is what the TTB is offering.

TTB has received several inquiries about its existing regulations on labeling certain whisky products with a State where distillation occurs. Current § 5.36(d) require the State of distillation to be listed on the label if it is not included in the mandatory name and address statement. However, because the name and address statement may be satisfied with a bottling statement, there is no way to know, simply by reviewing a proposed label, whether distillation actually occurred in the same State as the bottling location. Accordingly, proposed § 5.66(f) would provide that the State of original distillation for certain whisky products must be shown on the label in at least one of the following ways:

But does this really address the controversy, or what consumers, and some industry professionals are seeking? I dare to say no, and that it really provides little clarity on many labels, other than “Kentucky Bourbon Whiskey” would now require that the distillation and ageing to have occurred in Kentucky. Consider the verbiage taken from the following three labels.

It’s no secret that a lot of “craft” distilleries buy and bottle whiskey from an Indiana distillery called Midwest Grain Products (MGP). A quick scan of the label for “Distilled in Lawrenceburg, IN” will confirm who is doing it. And while MGP is the largest, and most well-known of the whiskey “sourcers” in the industry, it’s not alone. In just the last 10 years, the number of craft distilleries in this country has skyrocketed from around 100 to now exceeding 1,500. Consumer demand is certainly one reason, along with the boom and growth in American Whiskey, but it’s also due to the easing of state distillation laws and the availability of sourced whiskey from suppliers like MGP.

While brokering and independent bottling has a deeper history in scotch than its recent counterpart with American Whiskey, the transparency on labels has for the most part always been there. Gordon and MacPhail, the pioneers of brokering, plainly state on their labels which distillery their bottles are distilled from. John Glaser of Compass Box has fought the Scotch Whisky Association (SWA) to allow more transparency in their regulations, despite repeated threats that his labeling on his Compass Box products were potentially in violation of European Union (EU) law.

Maybe it’s time for American Whiskey to follow suit?? Consider those three labels, and ask yourself which label would you rather see on a bottle? Distilled in Kentucky or Tennessee should no longer suffice, but should follow the lead of our Scottish brethren.